The Sound Beehive Experience is an immersive installation.
The aim of the installation is to bring the public literally into a virtual beehive and to become part of the bees' daily actions.
The Warré-beehive -a sustainable hive model which is set-up by the people of the Brussels Urban Bee Lab in their fieldstation for conducting their experiments- will be re-constructed in an oversized, human-size version.

On a videoscreen we can follow simultaneously the actions of the bee colony rendered in a 'cloud-visualisation'.
Therefore we start from filmed images, soundfiles and sensor-data which become the parameters for a 3D animation rendering of the behaviour of the bees related to external factors.

The starting point is the research and the fieldrecordings. Later, we made an artistic renditions out of the rough material.
By introducing the microphones inside the beehive, we have been developing a monitoring device that is based upon the continuous monitoring of the colony’s buzz: a non-intrusive scanning device for controlling the colony’s health & development. We also have been adding video monitoring (outside and inside), which gives us a full spectrum of possibilities for colony monitoring and environmental surveillance.
As bio indicators, honeybees provide us with a constant stream of information on the environment on which they forage, via their daily activity, and via the pollen and nectar they harvest. Diseases like colony collapse disorder and environmental problems like the use of pesticides could be analysed in a different way by monitoring the colonies with audio and video tools, and by analysing their daily activity over multiple years.

The sound of the 8-channel installation is an elaboration of the field recordings made in the broodnest of the Transparent Beehive. The sound- behaviour of the bee colony was recorded for a complete season. For the sound of the installation we started to work with the recordings from june 21st, the longest day / shortest night, and we edited them into a 4 minute-piece on which some processing was done with Max/MSP.
As a compositional principle different ideas around swarm formation were investigated.
The increase and decrease of swarm activity in the hive and its influence on its sound, became a guideline for the transformation of the recordings. Using natural phenomena as musical tools and, in retrospect, using musical tools as an artistic rendition or analysis for natural phenomena. The audio work tries to embody the bee swarm while simultaneously intersecting the swarm with swirling electronic sound clusters.

The soundpiece by AnneMarie Maes and Billy Bultheel exists both as a Stereo and as an 8 channel audio work, and was broadcasted recently by Kunstradio Vienna.


embedded version of the movie 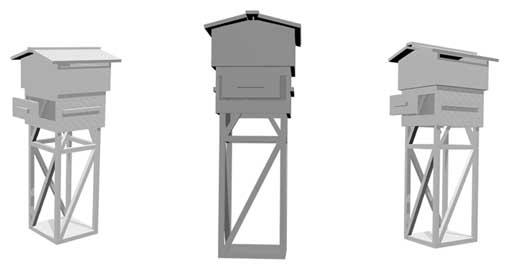 The Warré Beehive with a lasered OpenStructures-grid on its surface.
This beehive will be manufactured as a humansize sculpture, 80 cm Wide x 80 cm Depth x 250 cm Height.
Visitors can enter the beehive. 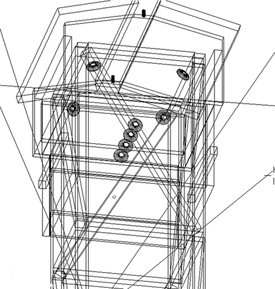 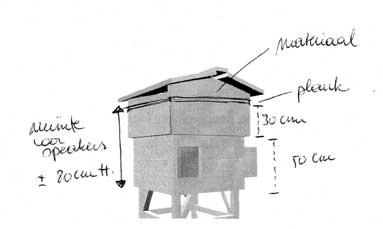 An 8-channel spatialized soundcomposition is mounted in the rooftop of the beehive.
The composition is created with sounds recorded in the hive.
The setup gives the listener an immersive experience, as beeing with his head in the middle of a bee colony. 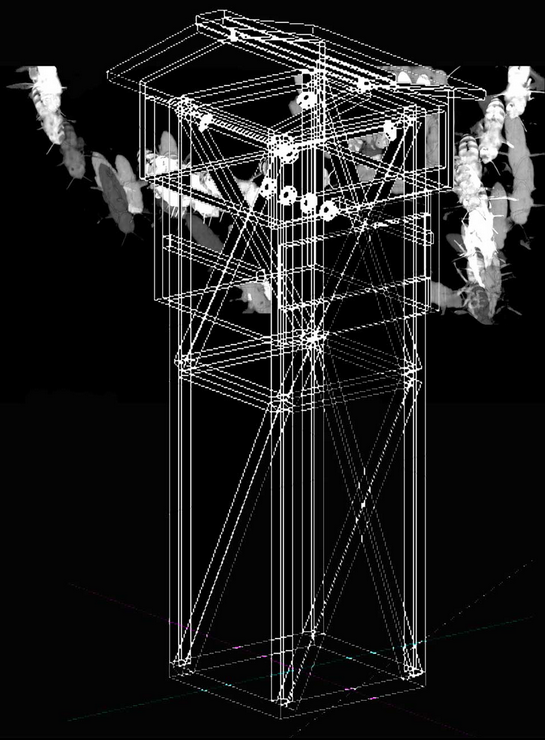 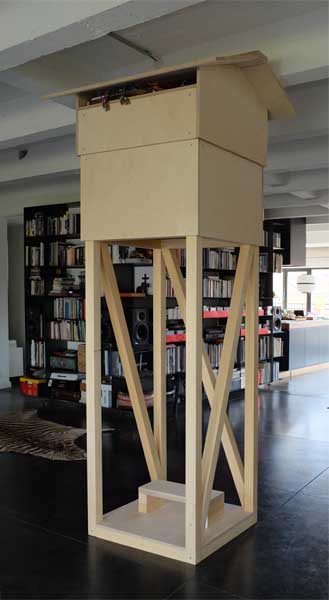