An observation hive should be only a single comb wide to insure observability. It might be one to several combs high. If you desire a hive with parallel combs as bees construct their comb, you will be using an observational hive which still might serve your purposes. If you decide to build your hive, there are design plans that are available. The one feature in your construction you must not vary is bee space. The bees will 'convert' interiors lacking bee space making it less observable and more difficult to properly manage.

As a functional hive, observation hives should have a queen, a brood rearing area during the appropriate season, area for storage of some reserves if flower resources are available and it should be carrying on normal hive activities. An observational hive, in contrast, might not have all of these. Purpose and management capabilities, along with best location, will dictate the best size and specific location for an observation beehive. Generally larger hives make more of an impact but small or large, observation hives take beekeeper skill in proper management.

Common observation hive uses are as a curiosity in home or office, for teaching/display purposes in schools, nature centers or other appropriate public sites, for promotion/sales display outlets where bee and/or natural products are featured, for student research/observation projects and even for a small bit of honey. Some observation hives, especially smaller units (i.e. fewer combs), might be established for a short time period; others can be left season-long. Since smaller units often do not survive Winter cold or Summer heat, they will need to be reestablished or dismantled during such periods and are best maintained only for part of the time.

Common problems with observation hives are site and size related. We sometimes need an observation hive at a public site which is not the most ideal bee site. Cold-side of buildings, out-of-the-way places, sitting over heat registers or with sun streaming on them for part of the day/season are all more problematic and require more beekeeper attention. Small hives are always more difficult to manage simply because they are small. They frequently lack enough resources for the season, overcrowd their interior, and have greater difficulty in thermoregulation of the brood area to rear brood.

Pliny the Elder
In his life-work Naturalis Historia, Pliny the Elder describes the first observations on bees. He mentions beehives enhanced with parts of mica in the cork hives, in order to observe the working of the bees.
The Natural History (Naturalis Historia) is an encyclopedia published circa AD 77–79 by Pliny the Elder. It is one of the largest single works to have survived from the Roman Empire to the modern day and purports to cover the entire field of ancient knowledge, based on the best authorities available to Pliny. He claims to be the only Roman ever to have undertaken such a work. The work became a model for all later encyclopedias in terms of the breadth of subject matter examined, the need to reference original authors, and a comprehensive index list of the contents. It is the only work by Pliny to have survived and the last that he published, lacking a final revision at his sudden and unexpected death in the AD 79 eruption of Vesuvius. 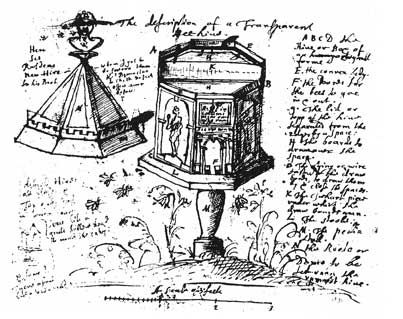 Around 1655, the famous english landscape architect John Evelyn describes in his Elysium Britannicum one of the first flat-glass observation beehives. The octagonal structure is made of wood and glass, has doors and windows that can be opened by hinges and locked with a key. 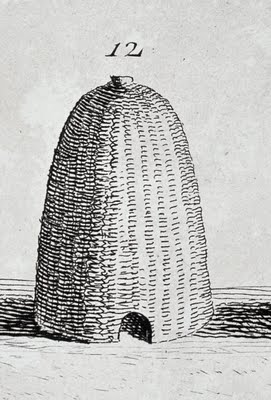 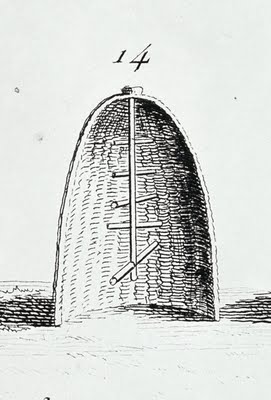 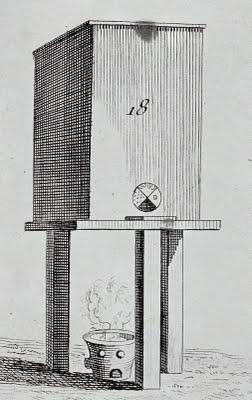 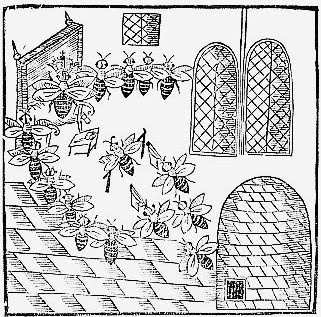 1772 Honey bees. Encyclopedie ou Dictionaire Raisonné Des Sciences (Denis Diderot)
Encyclopédie, ou dictionnaire raisonné des sciences, des arts et des métiers (English: Encyclopaedia or a Systematic Dictionary of the Sciences, Arts and Crafts) was a general encyclopedia published in France between 1751 and 1772, with later supplements, revised editions, and translations. It was edited by Denis Diderot and Jean le Rond d'Alembert. As of 1750, the full title was Encyclopédie, ou Dictionnaire raisonné des sciences, des arts et des métiers, par une société de gens de lettres, mis en ordre par M. Diderot de l'Académie des Sciences et Belles-Lettres de Prusse, et quant à la partie mathématique, par M. d'Alembert de l'Académie royale des Sciences de Paris, de celle de Prusse et de la Société royale de Londres. The title page was amended as D'Alembert acquired more titles.
The Encyclopédie was an innovative encyclopedia in several respects. Among other things, it was the first encyclopedia to include contributions from many named contributors, and it was the first general encyclopedia to lavish attention on the mechanical arts. Still, the Encyclopédie is famous above all for representing the thought of the Enlightenment. According to Denis Diderot in the article “Encyclopédie”, the Encyclopédie's aim was “to change the way people think.”[1] He wanted to incorporate all of the world's knowledge into the Encyclopédie and hoped that the text can disseminate all this information to the public and to future generations.[2]
1641 Frontispiece woodcut from John Day's Parliament of Bees.
The Parliament of Bees is a series of dialogues on the subject of “the doings, the births, the wars, the wooings” of bees. The bees hold a parliament under Prorex, the Master Bee, and various complaints are preferred against the humble-bee, the wasp, the drone and other offenders. This satirical allegory of affairs ends with a Royal Progress by Oberon, who distributes justice to all. The Parliament of Bees is the best-known of the works of the Elizabethan dramatist, John Day. It was probably written sometime between 1608 and 1616, but not published till 1641.