The sensing devices (microphones, video cameras, sensors) extract information from the beehive, the colony and the environment.
These sensor readings need to be translated into a visualisation process.
My starting point, concept and metaphore, is the technique of weaving. The weaving designs have a mathematical basis and all information relates to dots, points or pixels. The bee comb is constructed out of an hexagonal pattern in which every cell can be approached as a pixel. Another bee element that relates to dots and pixels are the panoptical bee eyes, formed out of more than 6000 individual hexagonal facets. 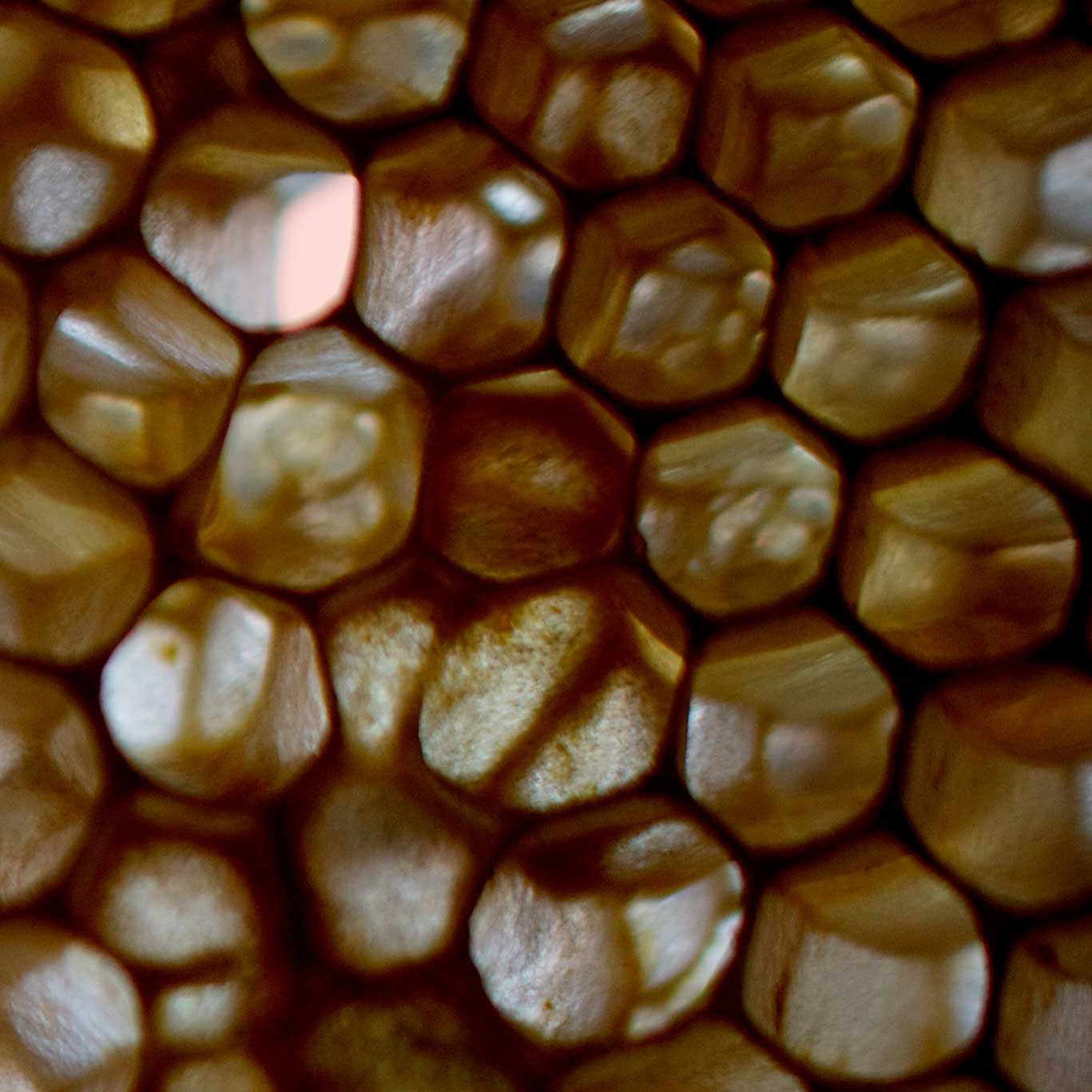 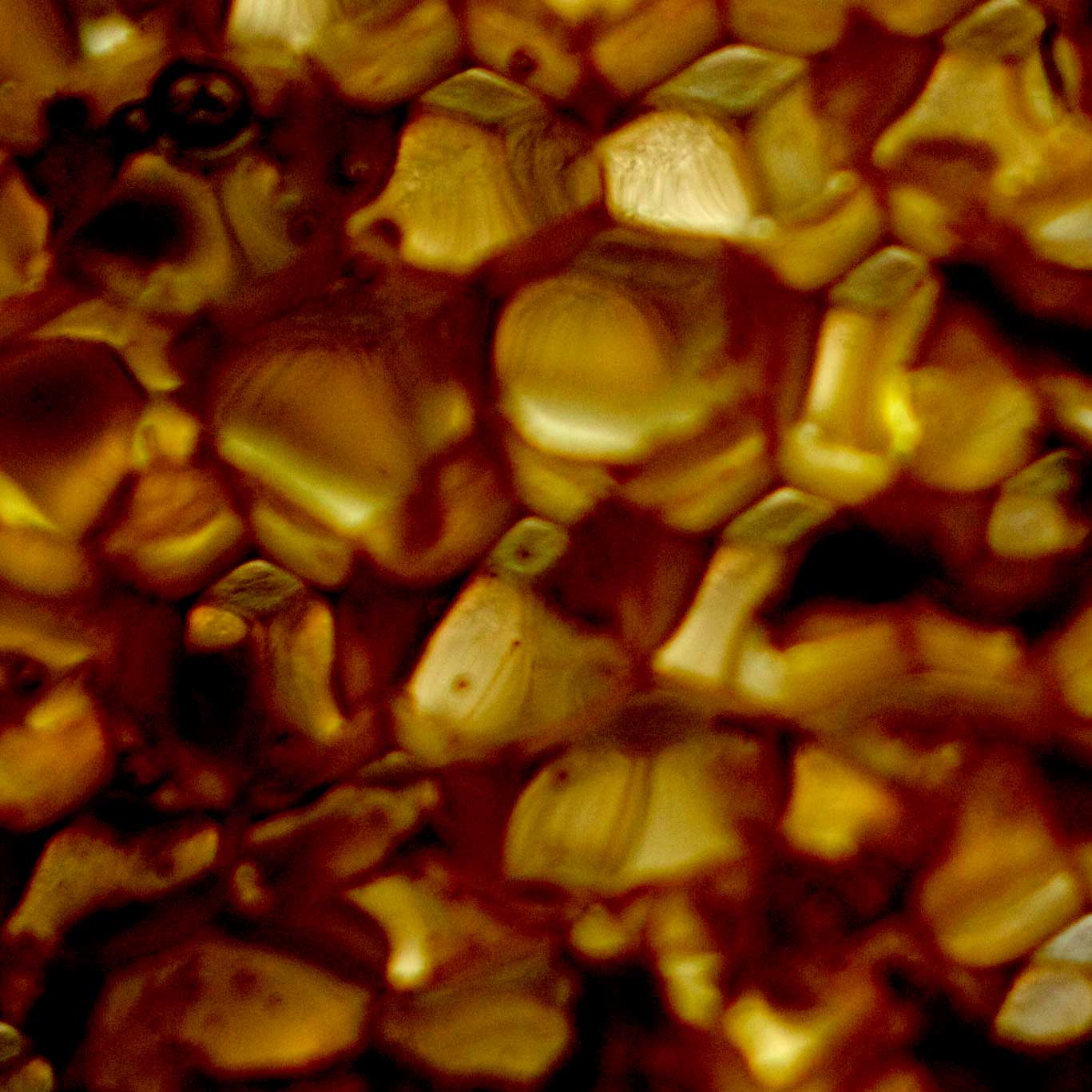 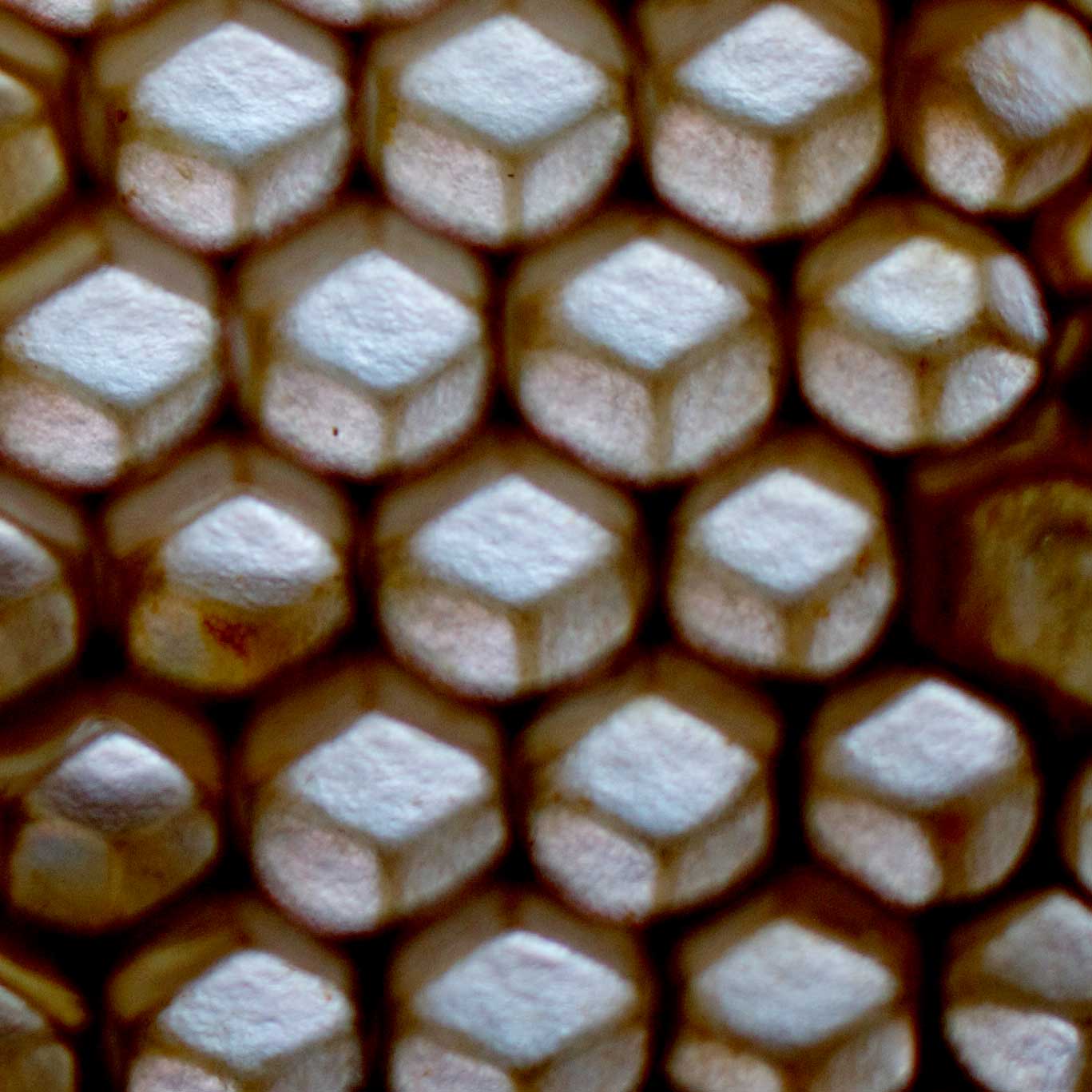 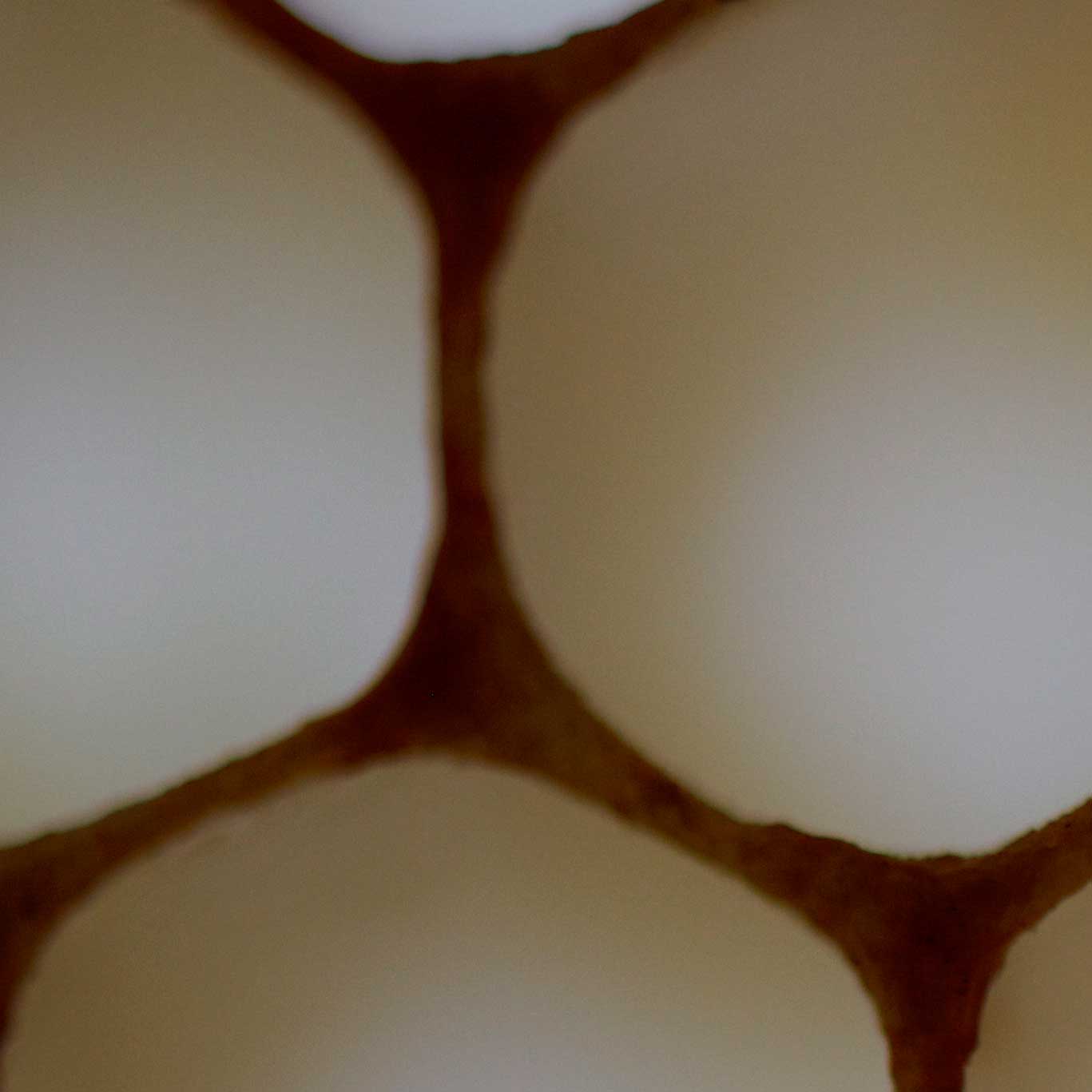 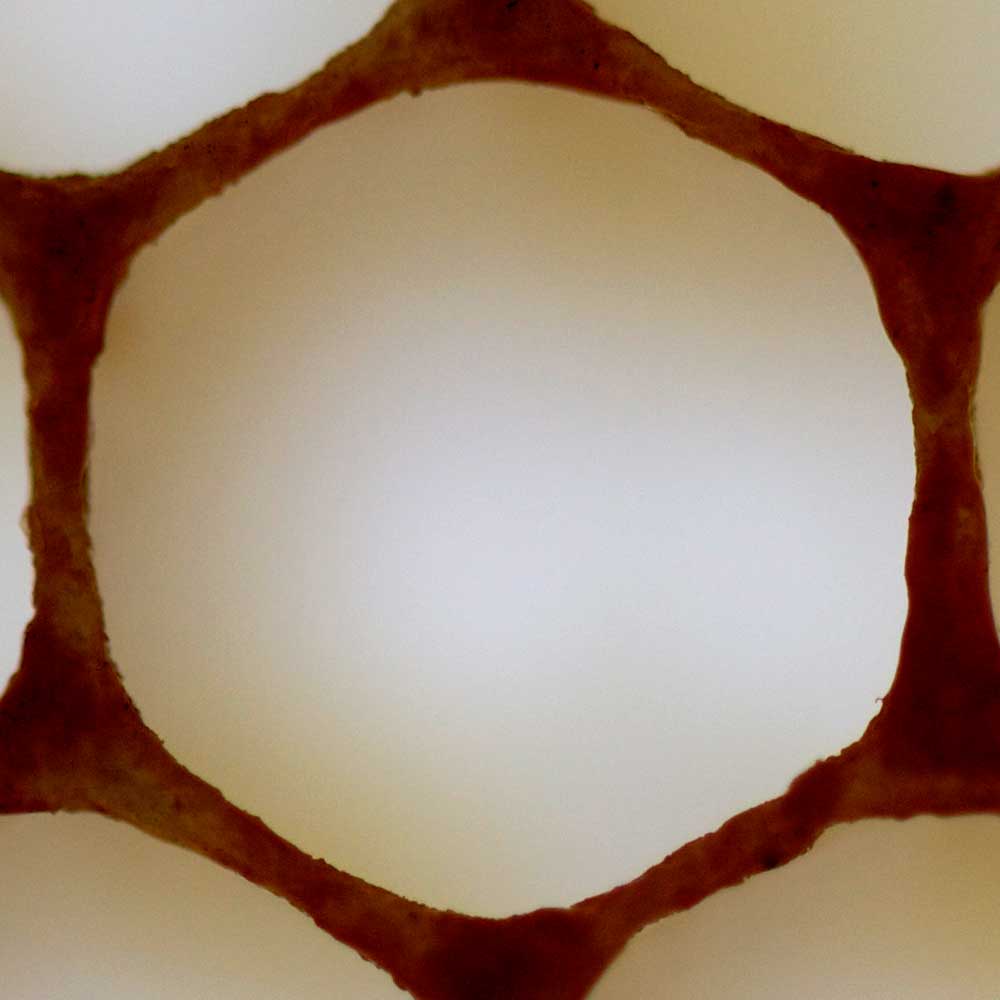 some examples of jaquard-weaving design 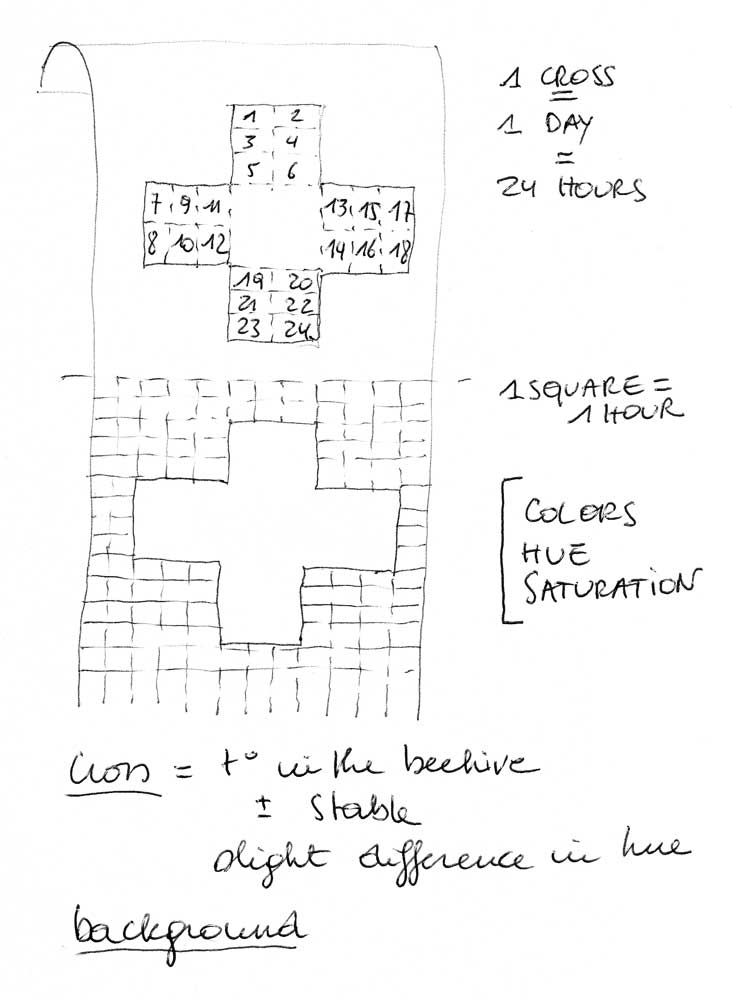 We will now look into a fractal generator and generate the designs starting from the csv-files of the sensor data in and around the beehives.
The purpose is a visualisation of the bee-data. Data express also the relation of the honeybee colony to its environment and to its foraging fields.
This approach gives the possibility to study the (urban) environment in a critical way.

Bee-data: (outside) bee counter on the landing platform, amount of bees flying in/out, (inside) development of the colony filmed with the IR cameras. Other Bee-data: temperature and humidity inside the beehive.
Environmental data: air temperature, air humidity, hours of sunshine, rainfall, wind flows & direction.
Foraging Fields: calendar of blooming period of the most important plants in the urban foraging fields. 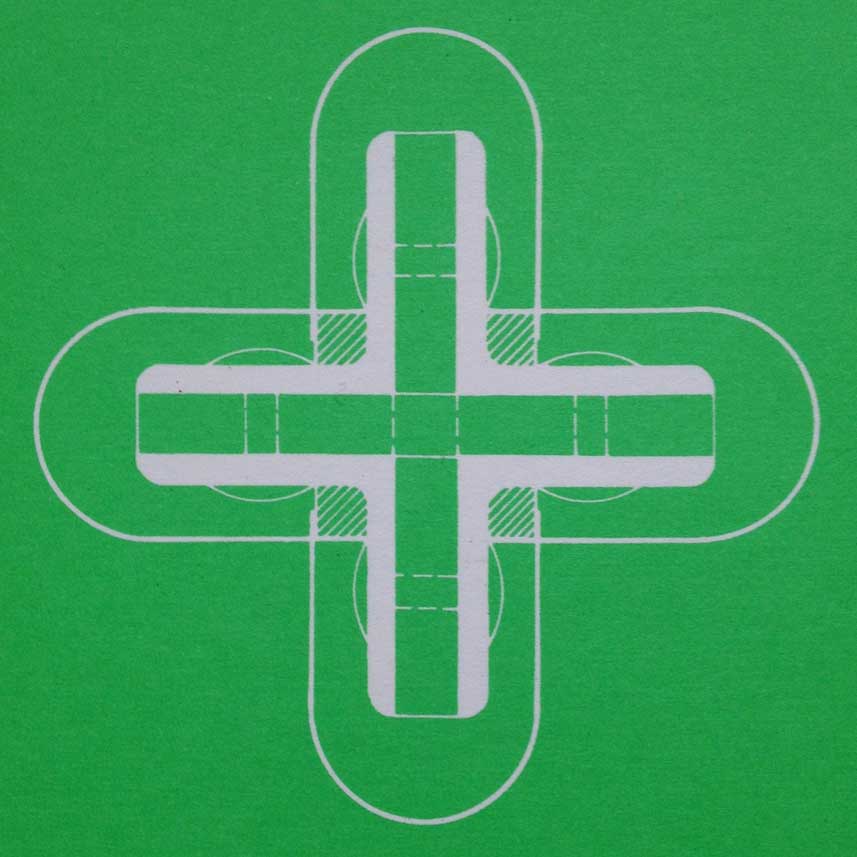 The data representation should visualise the season's timeline.
We opt to work with a recurrant symbol that is representative for the cyle of 1 day/night, 24 hours.
This can be a cross (reference to CCD) or an hexagon (reference to bee-cel).
The data would be visualised in the form of a dot-raster - the density (or dimensions?) of the dots and the hue/saturations of the dots' colors will visualise the scaling (more/less) of the sensor data.

The main symbol (the cross, the hexagon) can be represented by the temperature in the beehive in relation to the humidity inside the hive . This would give us a rather uniform recurrant symbol, as the heat regulation and humidity are kept more or less stable by the bees (homeostase, t° ± 35°C and humitity around 60%).

The environmental data will form the background of the design. Imagine a tapestry with overall (blue) background color which shades and nuances are formed by the data representing hours of sunshine, influenced by data of passing clouds.
Out of the visualisation of the long-term observation and the related extensive amount of data will emerge an architecture of geometrical forms which is caracterized by a cyclical repetition of 24 hours, and which relates to the architecture of the comb. 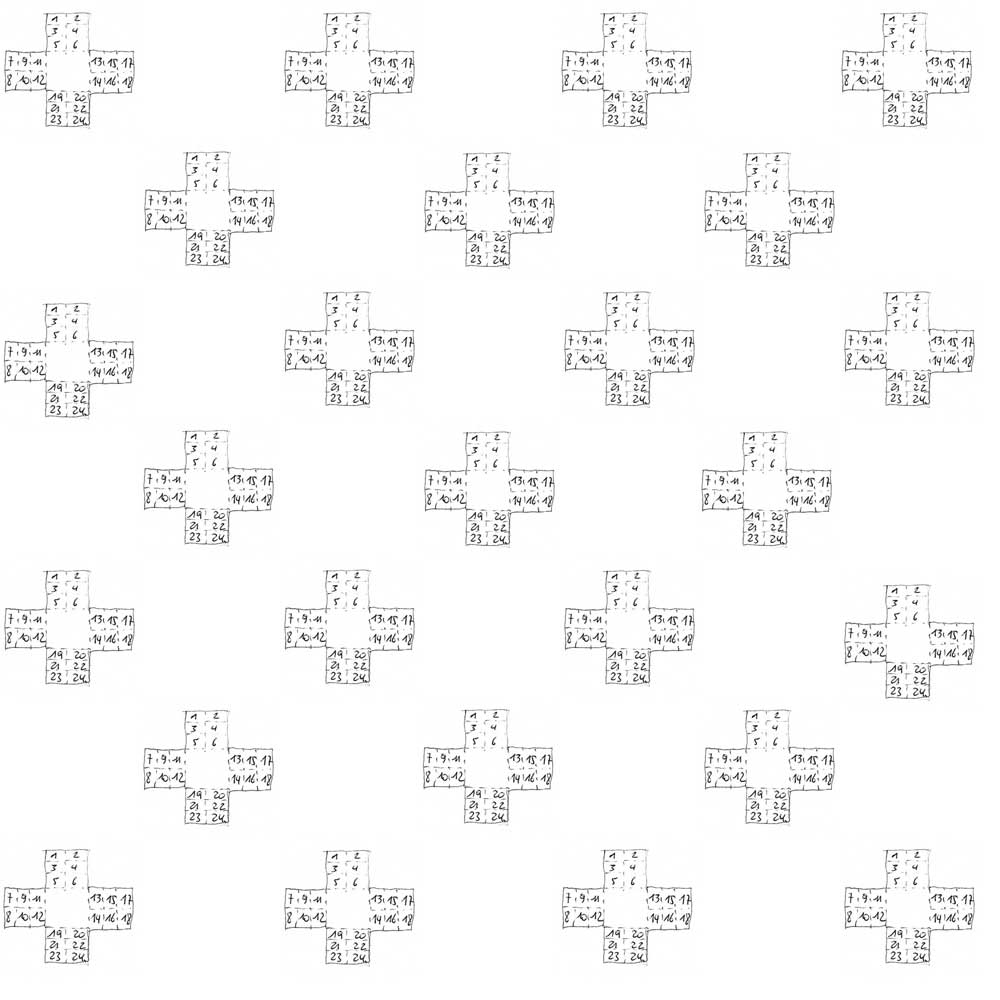