from seed to seedpod: about people, plants, food & traditions

There is a fast growing movement all over the world, in which citizens are creating urban food systems. These are sustainable, integrated systems of food production, processing, distribution, marketing, consumption and waste management in an urban landscape. These initiatives are motivated by economical needs of citizens in times of crisis as well as a growing awareness that we should develop forms of agriculture and food distribution which are less taxing to the environment and provide higher quality food. Localized food systems significantly change the lifestyle of those involved in it. They change production and consumption patterns and encourge self-governed cooperation among citizens, leading to more socially viable neighborhoods. They contribute to social cohesion, a growing awareness of environmental issues, and a new appreciation of the challenges of food production.
The project builds further on existing communities already practicing urban agriculture in Mumbai and Brussels. Each of the participating communities will work with a selection of similar plants, and in every participating garden the full cycle of an urban food system (from production to waste management, from seed to seedpod) will take place.
The development of the project over time (seasons) will be covered by the community itself, creating a multilayered and rich narrative which is oscillating between east and west, taking ecological but as well economical, political and social approaches into account. The observations, stories, pictures, discussions, songs and recipes will be uploaded on a shared online platform which is designed for collective project building. The platform supports distributed knowledge creation for all aspects in the form of a community memory.
The title (a seed is a seed is a seed) is inspired on the Continuous Present, a literary style developed by Gertrude Stein1). It is a metaphor for a different view on the same subject, the same time-slice described over and over again, from a different point of view.

the aim of the project

This exchange project wants to survey and compare in an artistic way multiple 'community memories' in Mumbai and Brussels, starting from identical actions as reclaiming public space (rooftops, waste lands) and food growing in the cities. The created content originates out of the interaction of nature and society through various day to day activities, with a focus on the growing and processing of food in urban communities.
To design a common understandable and practical working model, we will work along the metaphor of a (living) herbarium2).
We will apply an ethnobotanical approach, drawing upon the relationships between people and plants. The communities will (re)present themselves and their position in society starting from the plants they grow and how they grow them.

Following the structure of the living herbarium, we attempt to uncover the geo-political control of land use, food sovereignty and social justice. This juxtaposition of communities constructs an open discursive framework to tease out a range of issues in relation to food sovereignty and food urbanism.

For the local execution of the a seed is a seed is a seed-project we will build upon the experience gained through the 'Mahila Samiti'3), a former project realized in India in the Politics of Change-series.
Politics of Change is a collection of documentaries, anthropological films and online database projects in which the connections between grassroots activism, eco-technology and networks of people are investigated.
We choose a total of 8 communities to work with, all of them involved in urban agriculture - 4 in Brussels and 4 in Mumbai. We select a number of plants, similar for all communities, and set up an exchange program for growing the same kind of seeds in different conditions.
Geographical, meteorological, ecological, political, economical and social differences will create a diversity of stories, all providing from the same simple act: the growing of a similar plant.
The common every-day actions will lead into the investigation of topics as seed sovereignty, the appropriation of public space, food security and the dealing with sustainable cities. We will put a specific attention on the 'permaculture appraoch' within the communities. This holistic mode of life4) is described as :

Drawing on the merits of Politics of Change, a seed is a seed is a seed belongs as well to the section of the OpenGreens project. This project, initiated by Annemie Maes since 2009, covers different bottom up approaches for designing human environments that have the stability and diversity of natural ecosystems. It covers the integration of urban agriculture, honeybees and their role in urban ecosystems, renewable energy systems, food sovereignty systems, natural building, rainwater harvesting and urban planning along with the economic, political and social policies that make sustainable living in cities possible and practical.

Narratives in moving images: a further development of this project includes a number of videos of accumulated text and images related to the topic of urban agriculture. The material covers at the one hand the ongoing community actions: planting, growing, harvesting and seed-collection, on a number of sites in Brussels and Mumbai, on rooftops and other OpenGreens5) such as a roundabouts, uncompleted building sites or urban wastelands.

At the other hand, the gathered information is studying the role of a (selection of) plant(s) in social, biological, and physical systems and its representation in the present day through the production of an ethnobotanic multimedia installation, text, sound and video, photographic and archival documentation and publications.
The material spans a wide range: from medicinal qualities of plants to local traditions, from religeous uses to home- made recipes. A good example displaying multifacetted qualities, is the Holy Tulsi6)7)8) plant.

Working along a visual anthropology approach, we focus on visual representations as well in the in plant- as in the community realms, covering actions such as (public space) performances relating to the urban green and food topic, as well as garden-art or mass media coverage. The relationship of form to function is at the center of the project.
The communities in both cities are juxtaposed in a multilayered visual representation. The ecological approach, the habits and traditions are analyzed in a simple and transparant language. There is no intention to judge, but rather to show the -still- enormous diversity in a globalising world. The goal is to transmit the power generated by bottom-up and self-organized communities, to get energized by it.

The herbarium is the main model for organizing all information, let it be text, photos, audio or video.
Members from the different communities will make herbarium-plates based on the selected plants (Tulsi, Calendula officinalis, Chili pepper, Mint, Curry, …). Inspired by the plates we will design digital structures as a common platform to connect the diverse media.
The project-presentation will as thus have a strong digital component (websites, databases) and a very present analog component (installation, prints, publication).
The digital platform is home for all video, text and audio contributions by the communities of both cities. The documentation builds up in a dynamical way, following the timeline of the project development.
All community-members have access to the shared platform, and all should be encouraged to contribute regularly. The content will be categorized using keywords (plants, botanics, medicinal, traditions, recipes, …). The public should be able to follow the community-garden development online during the development, and onsite at the end of the project during the Europalia exhibition.
The onsite presentation during the exhibition will focus on a selection of highlights from the project, a selection of large scale prints based on the photo- and film material, a selection from the mounted herbarium-plates, and a publication as accompanying catalog. 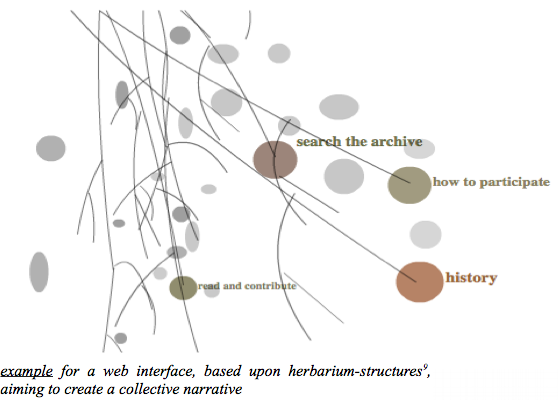 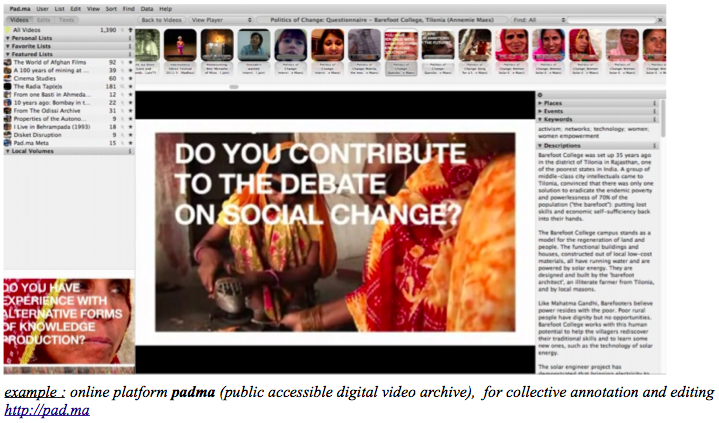 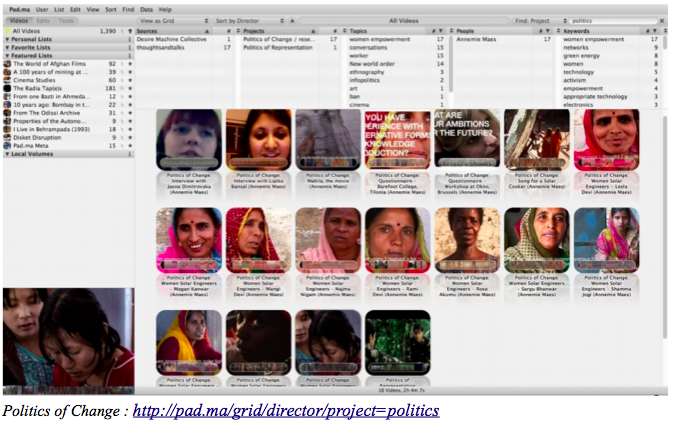 Annemie Maes is a media artist and activist, beekeeper, herbalist and gardener. She holds master degrees in fine arts and cultural studies. Her artistic research and cultural activism projects are cited as 'politics of change' with a focus on ecology and women empowerment. She is co-founder of Okno, an artist-run organisation working with media art and ecology. Her recent research focuses on connected OpenGreens, a transdisciplinary project at the intersection of art, biology and green technology, including urban agriculture and city bee-monitoring.
Annemie Maes has had a fierce interest in film and performing arts since the 1980s. In 1985, she co-founded Pix & Motion, a production house for film specialised in experimental animation film and short movies. In 1997 she was head founder of the artists initiative LookingGlass. In 2004 she was involved in the set up of Okno, and in 2005 in
the set-up of So-oN. In her personal art projects, Annemie Maes researches how language behaves in a networked environment – linguistically and phonetically as well as visually and physically. In recent work she also takes an interest in those communities which are able to establish durable changes in society due to their structure and exceptional philosophy. This research was collected in the long-term project Politics of Change: a series of documentaries, anthropological films and online database projects in which the connections between grassroots activism, eco-technology and women networks were investigated. This attention for gender-based approaches in art is key to the work of Annemie Maes, in which she also wants to address the question how female artists deal with new, technological media.